The Benefits of Solar Energy For The Military 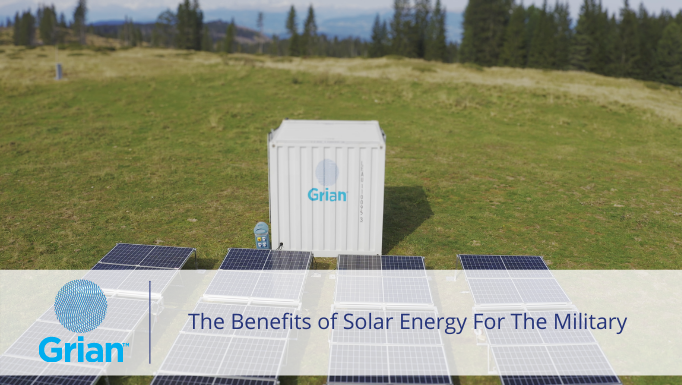 Developed from an idea conceived whilst on military operations, Grian provides a number of benefits for the military. The ability to provide a ‘fire and forget’ solution to remote site energy production that was robust, easily deployable, efficient, didn’t require constant fuel resupply, endless maintenance and was silent were the key planning and design factors. Grian™ ticks all of these boxes, being is one single unit which can quickly support organisations and agencies in fulfilling their operational energy needs.

Solar energy solutions such as Grian™ have numerous benefits for the military.

The earth receives approximately 173 trillion kW of energy from the sun at any time throughout the day which is more than 10,000 times the energy that the entire world uses. Typically, militaries are based in countries which see sunlight for up to 325 days a year. Harnessing the power of this natural source of energy makes a great deal of sense when considering the locations and situations that military bases contend with.

Reliable energy is a major priority for militaries who need to be able to carry out their day-to-day activities. In many of the countries where military bases are situated the energy supply is unreliable and often not strong enough to support typical daily tasks. By utilising the power of the sun, military bases can ensure a constant supply of this reliable energy which enables them to do their job safely. 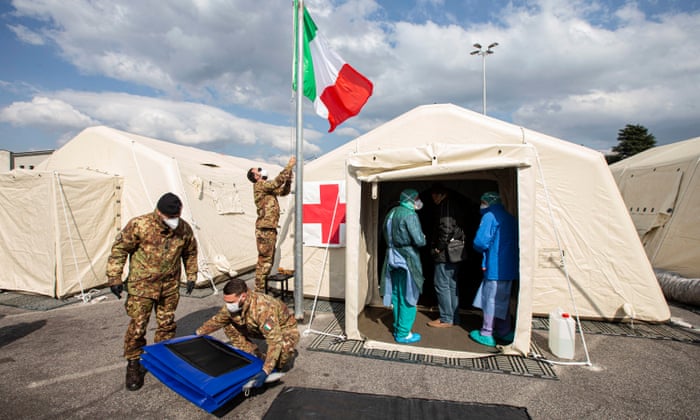 Protect Military Personnel on the Battlefield

In addition to providing energy supply to military bases, solar energy also provides the military with energy that enhances their tactical edge and security. Solar reduces the need for traditional generators in discreet off the grid locations which limits the need for costly and dangerous fuel resupply missions that put soldiers at risk. Solar is also a highly dependable energy supply which is easily portable when compared to often unreliable,
heavy generators that can become a target for enemy fire.

Solar photovoltaic systems which generate electricity directly from sunlight are extremely easy to maintain and don’t need to be refuelled. This low maintenance means that the military can focus on their true purpose and do not need to waste time or resources in ensuring they have a constant, reliable source of energy.

Solar energy solutions are not just suitable for remote, off the grid locations but are a fantastic solution for locations traditionally served by conventional energy supplies. 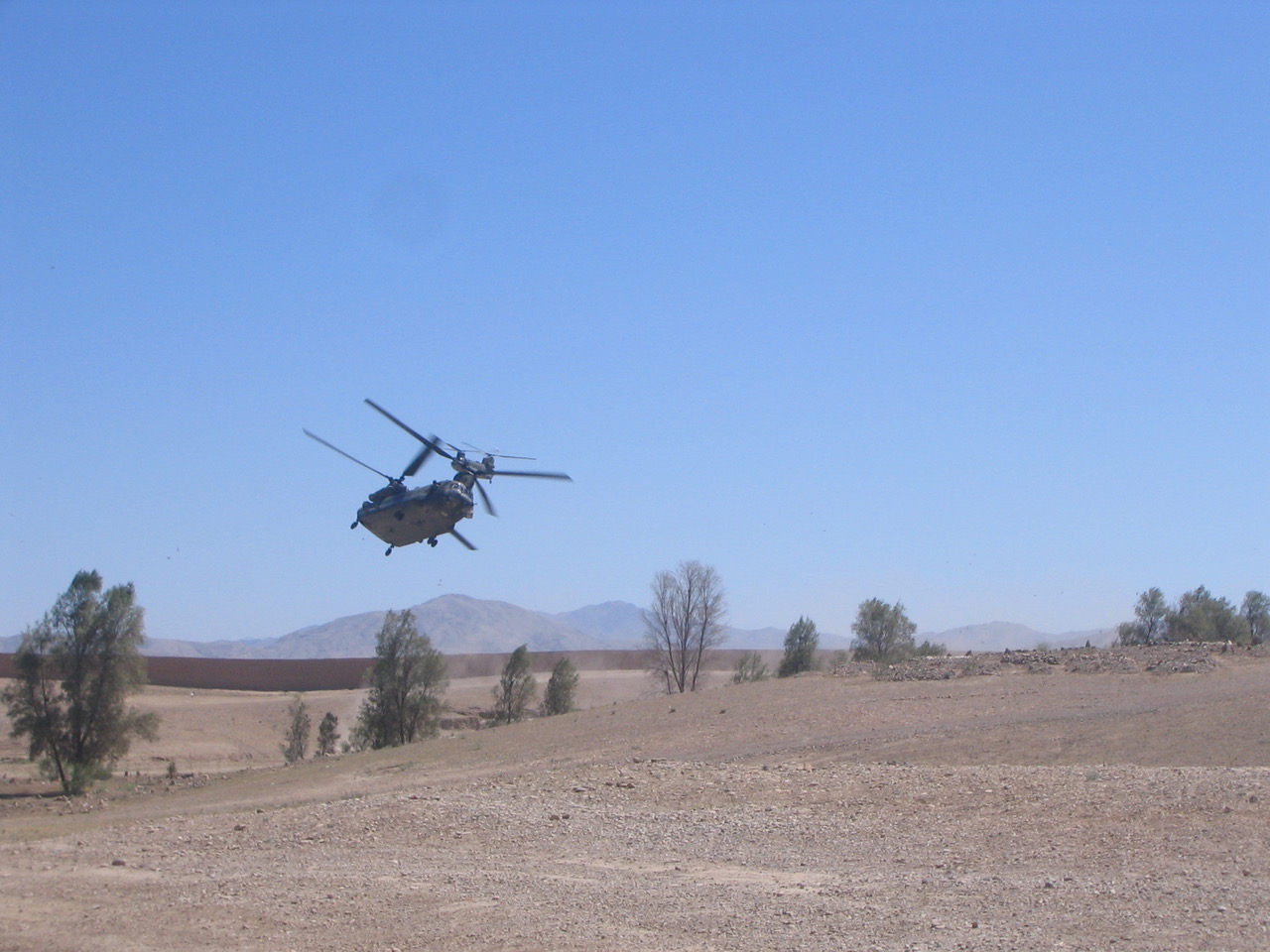 Reduce Threats To The Electric Grid

The threats posed to the electric grid are becoming more apparent, particularly to the US military. The US military has increased its use of drones in recent years and in many instances these drones are piloted by soldiers located in the US even when the drones are flying over regions such as Iraq or Syria. This leads these pilots to depend on the US electricity grid which is very vulnerable to attack. These attacks present themselves in the form of mother nature, acts of crime or terrorism and cyber incidents. Of course, many will say that the provision of diesel-fuelled generators to provide emergency power to key areas will be enough but fuel supply lines can be disrupted too not to mention the impact that this will have on the environment. Renewable energy such as solar energy is the best long lasting solution. Its ease of maintenance, ease of transportation and no need for refuelling make solar the logical choice to protect militaries from threats to the electric grid.

Unfortunately, only few military bases have installed solar panel systems and of those installed many only cover part of their loads. The majority of military bases remain unprotected against the dangerous impact of electrical power interruption.

Solar energy solutions are safe, effective, reliable and renewable. They offer a range of benefits when applied in military settings. Solar energy will help to keep soldiers safer as the need for journeys to refuel and to protect fuel are not required as well as saving money. Currently, the number of militaries actively using solar energy is low however by 2025 the US Army, Navy and Air Force has pledged to drive 3 gigawatts of renewable energy
installations. 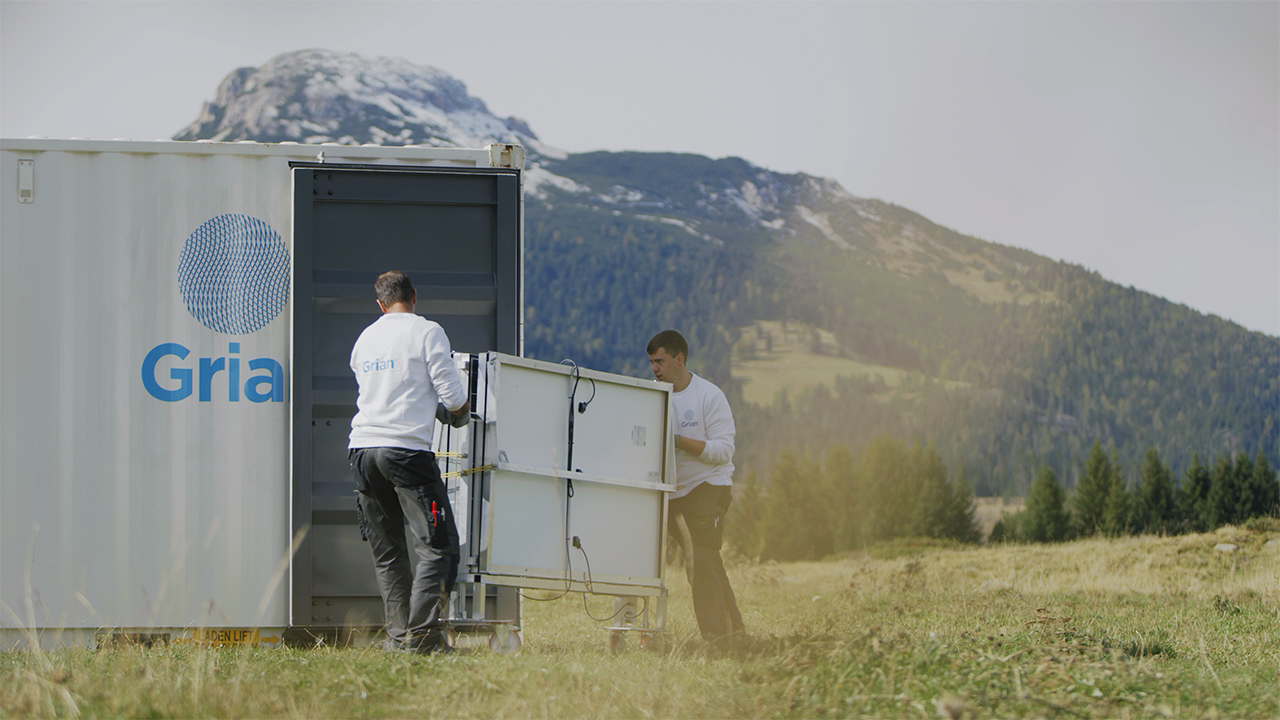 The team who established Grian™ have an experienced military background having worked and lived-in war-torn areas for many years. An easily transported, timely solar energy solution such as Grian™ goes beyond other conventional energy systems to deliver sustainable energy as a complete solution.

Our teams can provide deployment support and training to military personnel to ensure that troubleshooting issues are resolved and maximum performance is achieved from each unit. Our ability to remotely monitor and control the systems performance ensures that we can quickly identify and remedy any issues with optimium performance. Read more about Grian™ and the military here.

To learn more about Grian™ and how it can provide the solution to your energy need’s; book an appointment here.

You can find out more about which cookies we are using or switch them off in settings.

This website uses cookies so that we can provide you with the best user experience possible. Cookie information is stored in your browser and performs functions such as recognising you when you return to our website and helping our team to understand which sections of the website you find most interesting and useful.

Strictly Necessary Cookie should be enabled at all times so that we can save your preferences for cookie settings.

If you disable this cookie, we will not be able to save your preferences. This means that every time you visit this website you will need to enable or disable cookies again.